Concept sketches are essentially drawings that are usually drawn freehand by designers like engineers and architects as a simple and quick way of expanding on any initial or basic ideas and concepts for various designs. Since they are considered to be freehand sketches, these drawings are not meant to be definitive and complete with every specific detail. Concept sketches are more utilized as ways of communicating and portraying unto others a principle or idea in design through the sketches if aesthetic concepts and images. Due to how concept sketches can be used to quickly elaborate on the technical and conceptual elements of a design, a set of initial concepts or ideas from previous works and designs can be used as foundations to new and improved upon innovative solutions to problems, design structure, goals, and the general layout of the methods of construction.

Identify and Define Scope and Context

The first step in creating a concept sketch is by setting the definite context and scope of the concept or idea in mind. The concept scope and context can be derived from previous concepts or even a combination of variously related ideas that fit within the scope and general context. The concept must be detailed and defined with fundamental principles that outline a strategic solution, which can be filled in by looking up relative information about correlated structures and designs.

Visualize the General Concept into an Image

After setting the general scope and context of the concept sketch, visualize the ideas and concepts into inter-connected pictures that form a single and complete image. It is important to gather up all the details and combine them into one picture so that the general concept and its details are much easier to identify within a single image. The image can be metaphorical as long as it portrays the essence of the concept. 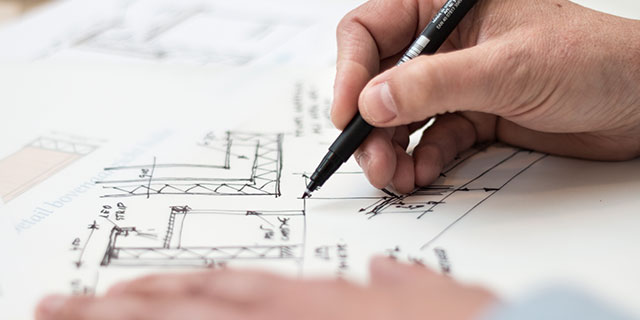 The second visualization after the initial visual image of the concepts and ideas, is the oval sketch. In the oval sketch, it contains a general oval that serves as the central context. Within the main oval, are smaller ovals that each hold a specific concept related to the larger or main oval. The smaller ovals should each represent a different sub-concept that is unique from other competition which makes it easier to identify why and how the general concept and context is superior to that of the competition. Generally, the idea of the oval sketch is to break down the total or general concept into smaller concepts with sub-concepts which specify the essential details that separate the main concept from the competition.

The previous step lists every concept within its context and scope. This fourth step will sketch all the listed concepts by meaning and definition. Utilize metaphoric symbols in the sketches for referencing and inter-connecting similar ideas and concepts with one another. It is important to take note of the consistency in size, line, or texture of the symbol sketches that are similar or related. Try to regulate the consistency of the style throughout the sketches by following a set of standards for visualization.

Connect and Integrate the Concept Pieces

Given that you have the name and the definition of the general concept along with the metaphoric symbols, the design sketch can be composed together for the final concept sketch. It is ideal to split the context into six uniform areas throughout the layout. Symbols can be utilized to connect essential elements and other symbols throughout the sketch. Descriptions can be added to each symbol or concept to explain the functions, costs, or benefits. The sketch should also follow a specific flow or reading motion for easy transition between each symbol or context. The pattern can be different but simple as long as it is easily identifiable by the reader. The motion can be top to bottom, left to right, etc.

If the steps are followed accordingly, a concept sketch can be an effectively visualized image of key concepts and ideas worthy of being an essential blueprint to a design. Designers and professionals greatly benefit from the simple and quick methods of concept sketches in their fields of engineering, architecture, and general design. Through well-made concept sketches, designers are able to effectively communicate their ideas and visualized concepts so that everyone is on the same page.