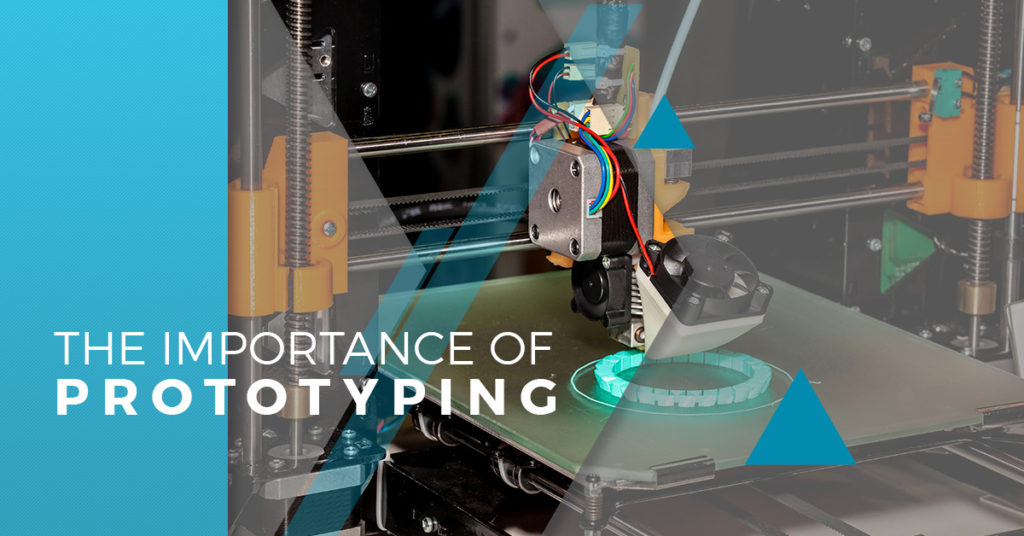 Whatever the item or product someone intends to produce, creating a prototype is essential to the designing process. Prototypes help create a close representation of the real functionality of a product. And while sketches, blueprints, wireframes, and mockups are great visuals, a prototype is something that is going to bring a product to life, something that you, investors, and future customers will want to touch, feel, and use for a realistic experience.

You likely already know that prototyping is a part of manufacturing, you may even know how to go about doing it or how to make the most of it. However, some may not be sure or fully understand how important a prototype is. Sure, skipping a prototype may save someone time and money, but they will likely end up spending even more during development. In this article, we’ll quickly review what exactly a prototype is and why it is important and should not be skipped by inventors and companies in various industries.

What Is A Prototype?

Really quickly, in case you are someone who is not already aware of what prototyping is; prototyping is creating a preliminary model of a product you wish to create. Essentially, it is a quick model explaining the actual plans for a final product. This initial model can vary in accuracy. You may have a model which prototypes the function of your product but looks nothing like it is supposed to. You may also prototype the design, but it could be completely non-functioning. Additionally, you could even have a mixture of the two. While there are many kinds of prototype designs and each prototype is made at different stages in the product design life cycle, with each one you get closer and closer to the final design of the product!

The Importance Of Prototyping

As mentioned, prototyping is the act of building a preliminary model of an idea product to ensure that everything about it is as you expect it to be. Of course, there are additional reasons why prototyping is so important, including:

As you can see, prototypes have a significant role in the production of an item or product and should not be skipped on. Prototyping enables those with an idea or product to evaluate and test a design, analyze production costs, sell the product, and secure patents.

If you are interested in getting a prototype for your design, Glober Design is one of the best prototype manufacturing companies around! To learn more about the kinds of prototypes we can help you with, contact us!